Robots meet art in the time of COVID-19

Clevertech Group, a leading company in the industrial automation market, has been given a great opportunity to contribute to the fight against COVID-19 and has transformed this experience into a tribute to entertainment, a sector that has particularly suffered in these pandemic times.

Clevertech Group has been selected for an international engineering project for an important multinational company that works in the household cleaning sector. In the United States, the client company is the leading producer of disinfectant products, capable of eliminating 99.9% of the bacteria with which they come into contact. In the months marked by the pandemic, the demand for disinfectants increased considerably and the company decided to increase its production to combat the spread of the virus.

For this operation, developed in record time, the American multinational chose Clevertech, which is based in Cadelbosco di Sopra, in the province of Reggio Emilia.

The partnership brought the two companies together not only in terms of the technical requirements of the system but also from the point of view of values.

The new end-of-line system produced for the American market, in fact, is featured in a video that Clevertech Group had a strong desire to make in order to show that industry also recognises the value of art and entertainment in a historical moment of great difficulty for the world of culture in general, which has been overwhelmed by the restrictions due to the pandemic.

In spite of strict policies regarding brand management, the multinational company enthusiastically embraced Clevertech’s project and the message it wanted to convey, giving its consent for its system to be filmed.

The protagonist of the video, along with the imposing automation system, is Marco Remondini, an internationally renowned jazz musician, composer, and skilled multi-instrumentalist. Winner of the National Jazz Contest at the Capolinea club in Milan, Remondini was called by Gianluigi Trovesi to join his octet. With this formation, he records albums that have received many accolades from international critics. He is considered one of the greatest Italian cellists and has performed with artists such as Paolo Fresu and Fausto Mesolella.

In the video, Remondini revisits Vivaldi’s La Follia, using different instruments to accompany the evolution of the design and construction of the machine.

The project by Clevertech Group, an end-of-line system with high-speed performance, was created in Italy, accompanied by a chorus of strings. The musical journey continues all the way to America, where the system was installed, through the unmistakable sound of a bluesy saxophone and a distorted cello, which recalls the sounds of Jimi Hendrix.

The return to the Italian heart of engineering closes the track, accompanied by a clarinet that marks the end of the overseas journey.

The piece La Follia ("Madness") was chosen for its relevance to the difficult moment the world is going through, in a successful attempt to sublimate the conflicting emotions of the difficult months of working in lockdown.

At the beginning, the darkness, the slow movement of the robot, the immobility caused by last March’s lockdown, mark the fear of not succeeding, the difficulties of mending some kind of normality within a situation of total uncertainty. Then, the daylight creeps in. The rhythm and movement resume, as well as a renewed hope for the resumption of activity and a positive conclusion to the journey.

The video conveys the story of the production efforts of an Italian company, one like many others, which has continued to work, amid uncertainties and continuous adjustments to the external situations, relying on the creativity, dedication, adaptability and willpower of people who never stopped believing in an ultimate success.

The video filming was done by Tredigraph Video Animation Agency at the Clevertech Group headquarters, in the production plant in Cadelbosco di Sopra. The recordings were made respecting distancing and restrictions, but still with full participation from all the company staff.

Emotion and passion always offer new prospects and hope: this is the message that Clevertech Group wants to share with all the Italian businesses that are fighting for their future today. 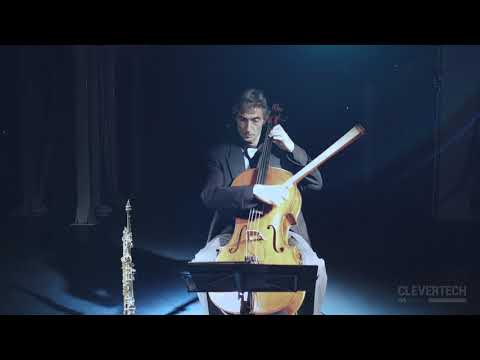